Airlangga Development Journal is a pioneering journal in the fields of Social Sciences, Law, Society, Humanity, Development, Creative Industries, Health Economy, Civil Administration, Woman Empowerment at Postgraduate School Universitas Airlangga. This journal was first published in August 2016 and was officially launched in December 2016 in conjunction with the National Seminar held by the Postgraduate School and attended by the Governor of East Java Province, Dr. H. Soekarwo. In 2016, a print edition with p-ISSN: 2528-3642 was published, and was published online in 2017 with e-ISSN: 2722-5569. Airlangga Development Journal publishes twice a year, in June and December 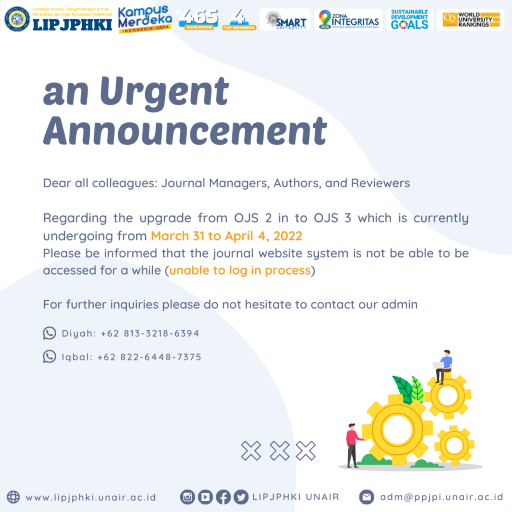 Dear All colleagues including: Journal Managers, Authors, Editors and Reviewers

Regarding the upgrade from Open Journal System (OJS) 2 to OJS 3 which is currently undergoing from March 31 to April 4, 2022.

Please be informend that the journal website system is not able to be accessed for a while (unable to log in process).

For further inquiries please do not hesitate to contact our admin: 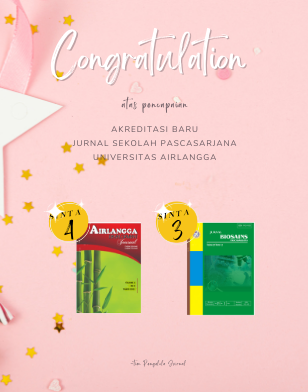 Airlangga Development Journal (ADJ) receives journal articles from the fields of Law, Development, and Social Culture. In 2016, ADJ has published a print edition and was published online in 2017 with an open-access journal (OJS) system. ADJ is published twice a year, namely in June and December. 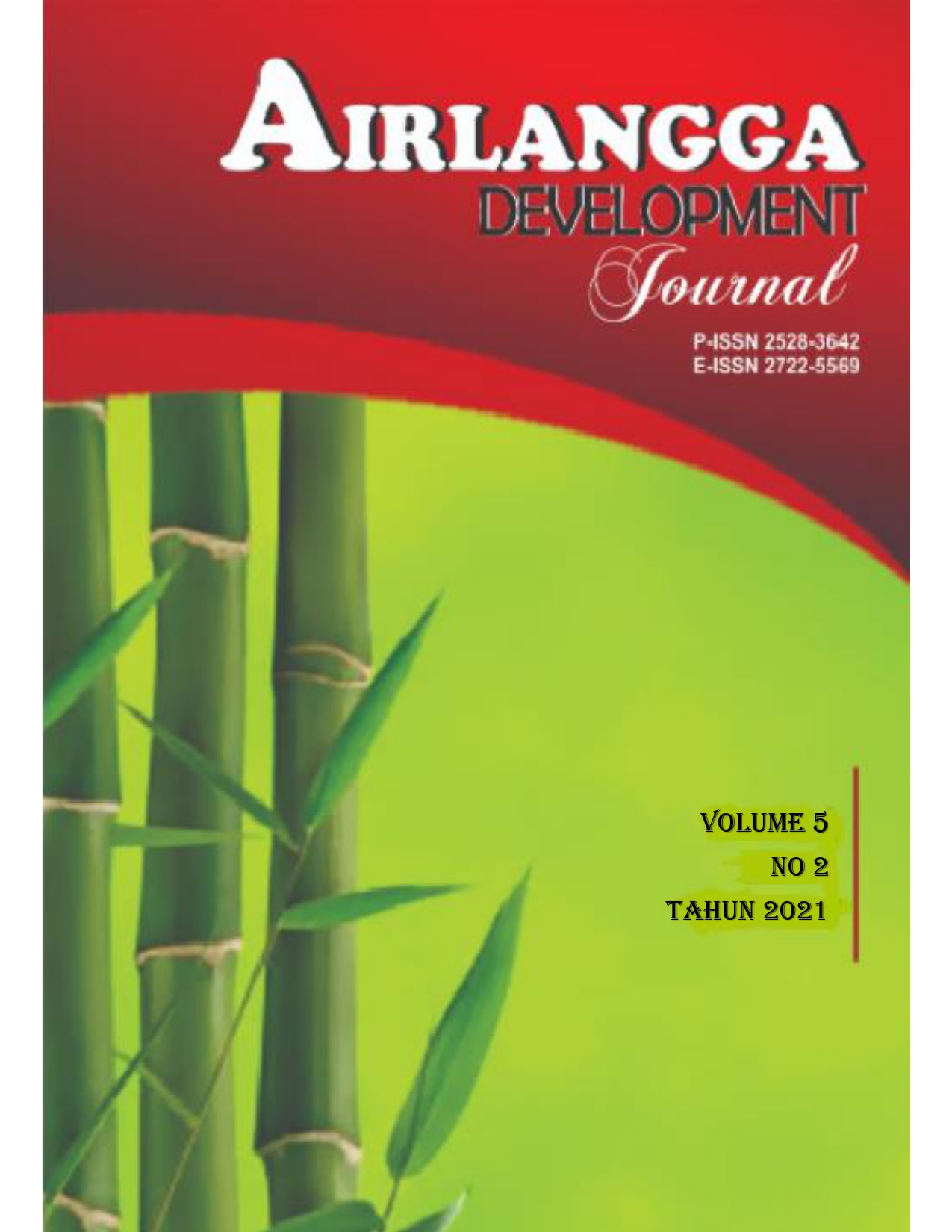