The Difference in Meaning for the Dismissal of Charges, Postponement of Charges and Waiver of Dispute


The development of the authorities which have the right stop a certain prosecution and case overriding in Indonesia has led to multiple interpretations, especially relating to the policy of the public prosecutor to postpone prosecution on grounds of public interest. Postponement of a prosecution or investigation should not be known in Indonesian criminal procedure law, but this practice is applied several times when it is related to one of the personnel of the KPK. In fact, the Attorney General once issued a decision to set aside the case of Bibit and Chandra after the pretrial ruling stated that the prosecution of the two men was invalid. Some of these problems have led to the blurring of the concept of stopping and delaying the prosecution and overriding of the case. The termination of the prosecution aims to stop the prosecution process while the delay in the prosecution does not stop the prosecution process but rather to delay it for a certain period of time or until the cessation of the commotion in the community and the case overriding aim to provide legal immunity against perpetrators of criminal offenses which should be based on sufficient evidence to be submitted to the court hearing but not submitted on grounds of public interest.

Copyright (c) 2019 Yuridika
About The Author 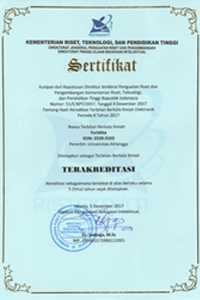