The Dental Journal (Majalah Kedokteran Gigi) published at the first time in 1968 by the name of Majalah Kedokteran Gigi Surabaya (MKGS). This publication was an initiative by Prof. R. Hartono, drg.,  Dean of Faculty of Dentistry, Airlangga University. On 1969, MKGS obtained the permission of publication, its number was 0787/SK/Dir.PK/SIT/1969. In 1978 MKGS got ISSN number (0126-0308) and started from April-June of 1978 edition, ISSN number had appeared on the cover of MKGS.

Based on a suggestion from readers and campus societies, MKGS made new policies i.e. journal name, format, cover, paper size, and writing stylist started from January-March of 1995 edition. The new name is MKG. Its ISSN number is 0852-9027. This change is provided with the reconstruction of editors, and at that moment, editors were strengthened by four editors from abroad. Due to the improvement toward International Journal, we have already tried to increase the number of English articles in the period of 2002-2005. In addition, for the reason of international communication demand, we already have a website in http://www.journal.unair.ac.id/media_2.html. Recently, at the end 2005, we succeed to publish all English articles in volume 38 number 4 October-December 2005. To make the sign of our progression’s milestone a due to the aesthetic reason, we change our cover. At the time the changed our name to Dental Journal (Majalah Kedokteran Gigi). Its ISSN number is 1978-3728.

Because of hard work and high commitment of all editors, MKG received an award. On 1998 MKG got accreditation as a national scientific journal. MKG got B accreditation (SK Number: III/DIKTI/KEP/1998).This accreditation goes into effect until the year 2003. One year later; in 1999 MKG was chosen as one of the 11 best scientific journals in Indonesia (SK Dikti No. 211/D/T/99) and received a fund of the journal of Quality Enhancement Program the Project of URGE year 1998 / 1999. As long as its management, MKG usually makes attention to suggestion and necessity of customer that is shown with the change to improve the quality.

The next achievement, in the year 2003, a period of secondary accreditation, MKG expressed remain to accredit with the improvement accreditation, becoming “A” level, according to SK DITJEN DIKTI Number 34/DIKTI/Kep/2003. This accreditation was valid until 2006. To guarantee the management quality, the first organization meeting had been conducted in 2004. The aim of this meeting was to evaluate the management and made the 3-year planning. Moreover, at this meeting the internationalization of MKG idea emerged for the first time. In the effort to introducing itself to international scientific society, MKG constructed a website for the first time in 2004.

Next, in 2005, MKG made a link with Elsevier, the publisher of an overseas journal and book, in the form of consultation of international article editing. The relation made the intention to become an international journal, so that by the end of the year 2005, entire articles published in MKG were in English. In 2006, MKG gets its accreditation to a period of 2006-2009 accreditation. MKG get B accreditation. To realize the aspiration of MKG becoming famous scientific journal and to increase the amount of MKG articles which were cited by another researchers, so the next 3 year planning will be focused to make the effort to be an international journal, that is: improve internal management of international journal, developing e-journal, and improve the effort of exploiting and marketing in Indonesia and also abroad. 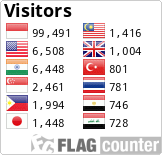