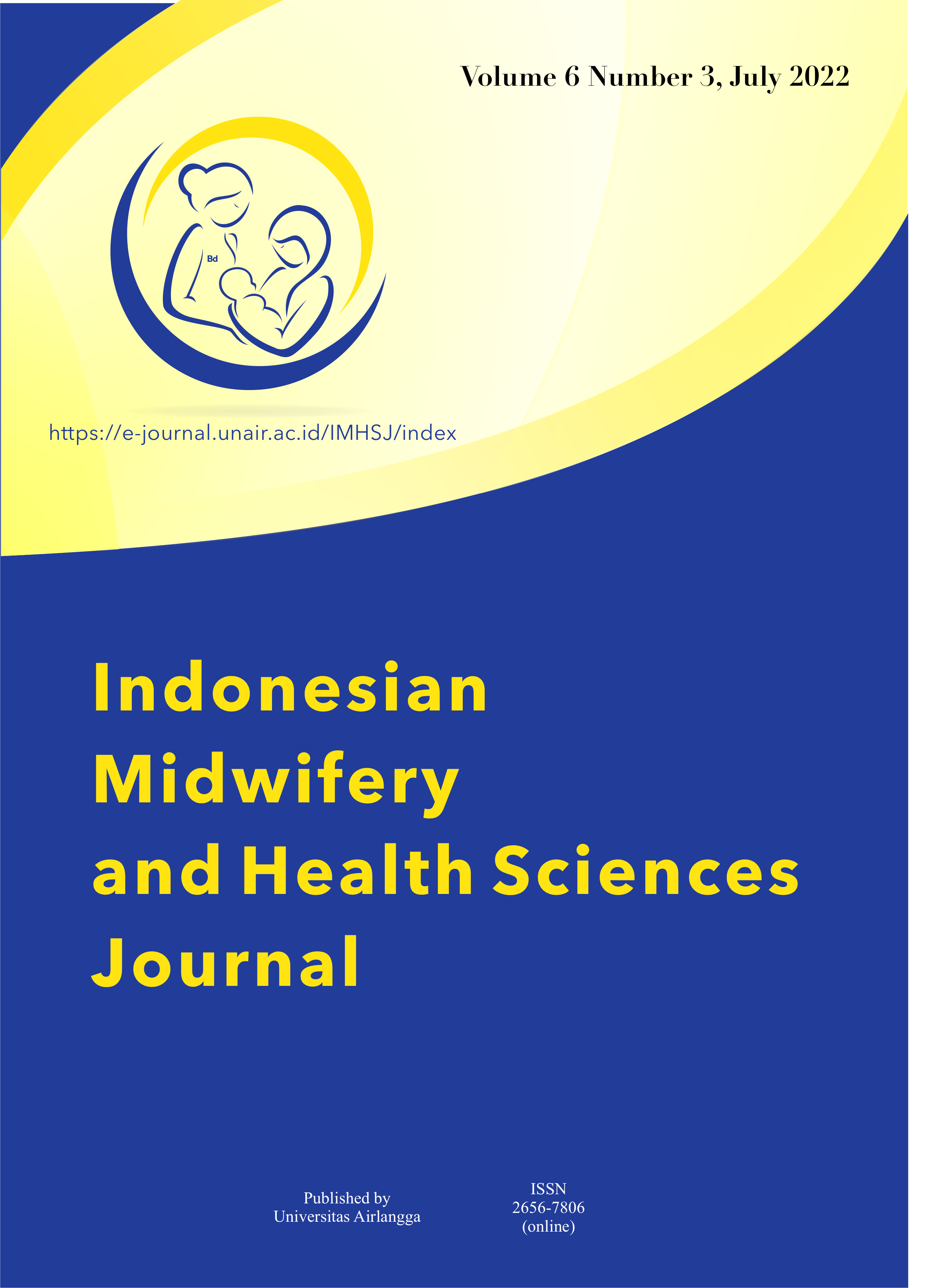 Background: Social norms that assume that talking about reproductive health is taboo and that basic

education is often misunderstood can encourage adolescents to engage in uncontrolled sexual behavior.

behavior. The number of early marriages that occurred in Ponorogo increased by about 50 percent in the

range from January to August 2020. The purpose of the research was to know about the effect of audiovisual

Methods: The design of this study is quasi-experimental with the research design of the pretest-posttest

questionnaire with control group design. The total sample of 84 respondents was taken using a simple

used met the inclusion criteria, namely a healthy state, class XII and was willing to be a respondent. The

and the dependent variable is the level of knowledge. The collected data were analyzed using the Wilcoxon

Signed Rank Test.  Results: There was an influence of providing education through audio-visual media on

media about reproductive health education can improve knowledge and information in adolescents.

This work is licensed under a Creative Commons Attribution-ShareAlike 4.0 International License.

1. The journal allows the author to hold the copyright of the article without restrictions.

2. The journal allows the author(s) to retain publishing rights without restrictions

This Journal (e-ISSN 2656-7806) is licensed under a Creative Commons Attribution-ShareAlike 4.0 International License.

Most read articles by the same author(s)

This Journal (e-ISSN 2656-7806) is licensed under a Creative Commons Attribution-ShareAlike 4.0 International License.